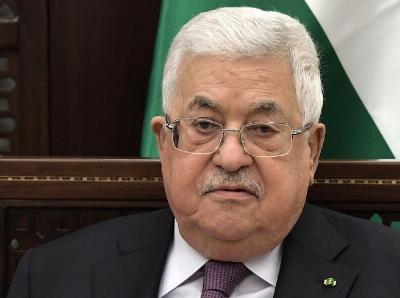 More than a dozen activists attempting to hold a rally in Ramallah against the Palestinian Authority leadership were detained on Monday evening, in the latest step in an ongoing PA crackdown against mounting dissent.

In videos from the scene, protesters beginning to gather at Ramallahâs al-Manara Square could be seen being frisked by police, asked for identification cards, and being led off into white vans. The police arrested the demonstrators immediately after the protest was set to begin, with the square still relatively empty.

The rally would have been the latest in a series of protests condemning the PA leadership for the death of Nizar Banat, a prominent activist.

Banat, a harsh PA critic, died in the custody of PA security forces in late June.

When the detaineesâ families gathered in front of a Ramallah police station to demand their release, police arrested them as well, according to Palestinian media reports.

At least 14 Palestinians were arrested, according to a list of names put out by Lawyers for Justice, a legal aid group.

In a statement, Palestinian Authority police spokesperson Luay Irzeiqat said that the demonstrators had been arrested after assembling without a permit. Irzeiqat described such gatherings as illegal under a 1998 Palestinian law.

âAnyone wishing to hold a gathering or a rally must submit a request in which he informs the commander of the district police or the district governor of his intention,â Irzeiqat said.

Irzeiqat said that the detaineesâ cases would be referred to prosecutors. It was unclear whether Shtayyehâs order to release those arrested would help them avoid charges.

âWhat happened tonight â the arrest of dozens of activists, citizens and human rights defenders â is something we have never seen in such a repressive form. It aims to abolish free expression,â said the legal aid group Lawyers for Justice, which frequently defends activists arrested by the PA security services.

Former senior Fatah official Nasser al-Kidwa, a prominent Abbas critic, said the crackdown was âevidence of a thuggish and dangerous mentality that demands a serious response from our national collective.â

The Hamas terror group, Abbasâs main Palestinian rivals, called the arrests âescalating repression and bullying by the Palestinian Authority of our compatriots in the West Bank.â

Banat, a social media activist from Hebron well-known for his scathing videos criticizing the Palestinian leadership, died in late June following a raid on his house by PA officers. According to his family, security forces viciously beat him and dragged him off. Two hours later, they were informed he had died.

In response, scattered demonstrations broke out in Hebron and Ramallah calling for an end to Abbasâs rule.

Both the United States and the United Nations condemned the crackdown and urged the PA to allow peaceful protesters to freely demonstrate.

Street clashes have not been seen in Ramallah for around a week. But on Sunday, the PA detained Banatâs lawyer, rights activist Muhannad Karaja, at a Ramallah court. Security forces also arrested Alaa al-Rimawi, a journalist who gave a sermon at Banatâs funeral.

An investigation into Banatâs death, led by the PA justice ministry and its military intelligence, concluded on Wednesday night. Its findings have yet to be made public, although 14 individuals were referred to the Justice Ministry last week, a spokesperson for the PA security services said.

The Banat family has already said that it will not accept the results of the PAâs official investigation, calling it illegitimate and slanted. A representative from the family and a prominent Palestinian human rights group both withdrew from the process.