Netherlands pulls out of Durban IV 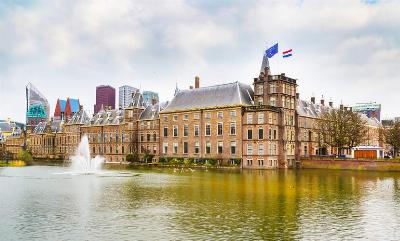 The Dutch Parliament
"To the President of the House of Representatives of the States General Binnenhof 4 the Hague Rhine Street 8 2515 XP The Hague PO Box 20061 The Netherlands www.rijksoverheid.nl ...
Date July 7, 2021
Subject: Answering questions from members Van der Staaij (SGP) and Segers (CU) about Dutch participation in the Durban IV conference

I hereby offer the answers to the written questions posed by members Van der Staaij (SGP) and Segers (CU) about Dutch participation in the Durban IV conference. These questions were submitted on July 6, 2021 with reference 2021Z12808.

Answers from the Minister of Foreign Affairs to questions from members Van der Staaij (SGP) and Segers (CU) about Dutch participation in the Durban IV conference.

Question 1
Are you familiar with the message âOpen letter: The Netherlands, do not go to Durban IV!â?1

Question 2
Do you share the concerns expressed by the Center for Information and Documentation Israel (CIDI) about manifestations of anti-Semitism at previous Durban conferences, and the fear that this will be repeated at the Durban IV conference?

Answer
Previous Durban conferences have been misused as a platform for anti-Semitic expression. There is a risk that this will be repeated in the preparatory process and at the Durban IV conference in September this year. This is unacceptable. The Netherlands remains committed to the fight against anti-Semitism.

Answer
The Netherlands does not intend to participate in the Durban IV meeting, in view of the historical burden of the Durban process, the risk of repetition of abuse of this platform for anti-Semitic expressions and the disproportionate and one-sided attention to Israel as reflected in the original Durban statement.

The Netherlands remains committed to the UN and beyond to to combat racism. For example, during the session of the Human Rights Council this month, the Netherlands will make a national statement against all forms of racism and discrimination. During the forthcoming General Assembly of the United Nations, the Netherlands will also focus in particular on combating racism, xenophobia, anti-Semitism and Islamophobia.

Question 4
Do you, like the petitioners, regret that in recent decades more and more international meetings and conferences at the UN, which in theory are devoted to peace and human rights, have in practice degenerated into a diplomatic pandemic in which Israeli criticism and anti-Semitism often intertwine overflow, and ultimately no group benefits? What is the Netherlands doing to reverse this trend?

Answer
As you know, the government considers a one-sided focus on Israel to be undesirable in the UN context. The Dutch efforts in various forums are aimed at countering such disproportionate attention for Israel. However, there must be room for justified criticism of the actions of all parties.