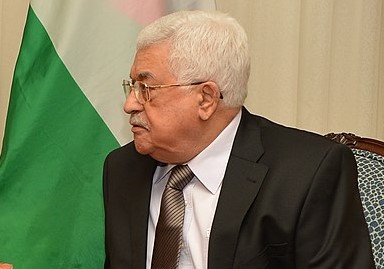 PA introduces new way for terrorists, families to get cash

The Palestinian Authority announced a new mechanism on Tuesday for disbursing payments to terrorists and their families by using ATMs at PA post offices across the West Bank, the Middle East Media Research Institute reported.

The change came against the backdrop of a severe deficit in the PA budget, which stood at $417 million in the first half of 2021.

The Palestinian Authority routinely spends hundreds of millions of dollars on payments to terrorists imprisoned in Israel and to the families of terrorists killed while carrying out attacks against Israel.

Ramallah's "pay-for-slay" policy is a widely condemned practice that takes a growing cut of Ramallah's budget â funded by donor countries in the West and in the Arab world â every year.

Palestinian Authority President Mahmoud Abbas refuses to cease this practice vowing that the cash-strapped PA will continue to pay terrorists' salaries "even if it has to spend its last penny to do so."

Abbas maintains it is the PA's "duty" to keep up the practice, which he branded "a national and social obligation."

According to MEMRI, the PA attempted to set up a bank separate from the existing banking system to avoid Israeli penalties by disbursing payments via the PA postal bank. However, long lines and overcrowding at the post office to withdraw the funds reportedly embarrassed the prisoners and their families.